“A Gem Fit for a Queen” was renamed “Angry Wizard” for the Mayfair Games Role-Aids release.

Scarsnout the ancient red dragon will soon wake from his 100 year sleep. Fez needs a huge flawless gem in which to encase the dragon’s head to keep him from rampaging throughout the Valley of Trees.

Can you recover the Queen’s Gem from a pyramid submerged in the Life River?

This was the year when Len Bland first coined the term NASCRAG.

Here is the first NASCRAG illustration by Bill “Indy” Cavalier: 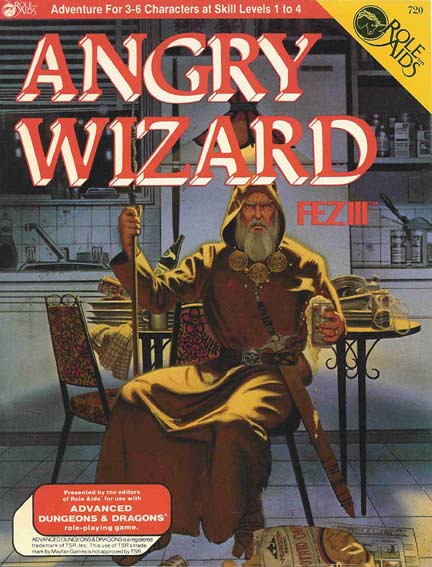